The role of the hydrocarbon industry in the energy transition

The role of the hydrocarbon industry in the energy transition and the contribution of energy as a pillar of stability and growth in the SE Mediterranean were analyzed during the conference All Things Energy Forum held on 2-4 June 2021.

The CEO of HHRM, Dr. Aristofanis Stefatos, the General Manager of TotalEnergies Greece, Mr. Yves Le Stunff, the CEO of HELPE Upstream, Mr. Anastasios Vlassopoulos, the Vice President of EGAS, Mr. Samir Raslan, the Director of International Affairs of the Norwegian Association of Petroleum and Natural Gas, Mr. Erling Kvadsheim, the Associate Professor at the University of Nicosia, Dr. Theodoros Tsakiris, the Deputy Chief of Mission at the Embassy of the United States of America in Athens, Mr. David Burger, the President and CEO of Beicip-Franlab, Mr. Jean Burrus and the CEO of DESFA, Ms. Maria-Rita Galli analyzed the prospects of the hydrocarbon market and in particular of natural gas, its contribution to the energy security and growth in the context of the green transition, while the dynamics of upstream in Greece and the SE Mediterranean were also discussed.

The main conclusions of the discussion are the following:

• The role of hydrocarbons in the economic development of Greece and the energy transition is crucial and according to some conservative estimates the value resulting from the exploitation of potential domestic deposits amounts to many billions of euros.

• Hydrocarbons are an essential component of a balanced energy transition, which will last for several decades (and after 2050) and in the meantime, gas will have to fill the energy "gap" but also provide the society with affordable energy. In this context, gas market creates significant investment prospects and hence the Greek industry will be active in the near future, starting in Greece and extending to the Balkans.

• The hydrocarbon industry creates the infrastructure and possesses the know-how for the "transition" to blue and green hydrogen, for the further development of CO2 storage capacity and offshore wind farms.

• International energy companies, organizations and "players" of the regional market give a vote of confidence to Greece and believe that it can become an energy hub and an important transit center for the wider region.

• TotalEnergies and HELPE, the companies operating in the Greek upstream sector, aspire to remain strong players in the industry while developing strategies for RES. As they say, natural gas is the bridge fuel, it is cheap and flexible. In this context, synergies and transnational agreements are favored.

• The hydrocarbon potential of the Eastern Mediterranean (with the great findings in Egypt) is attracting international interest. Similarly, there are prospects for further market development. Market representatives are stressing the need for an efficient gas import and export strategy from Egypt, Cyprus and Israel through Greece to the European countries

• The United States recognizes the strategic and political benefits of a cooperation in the SE Mediterranean and maintains strong interest in the region. 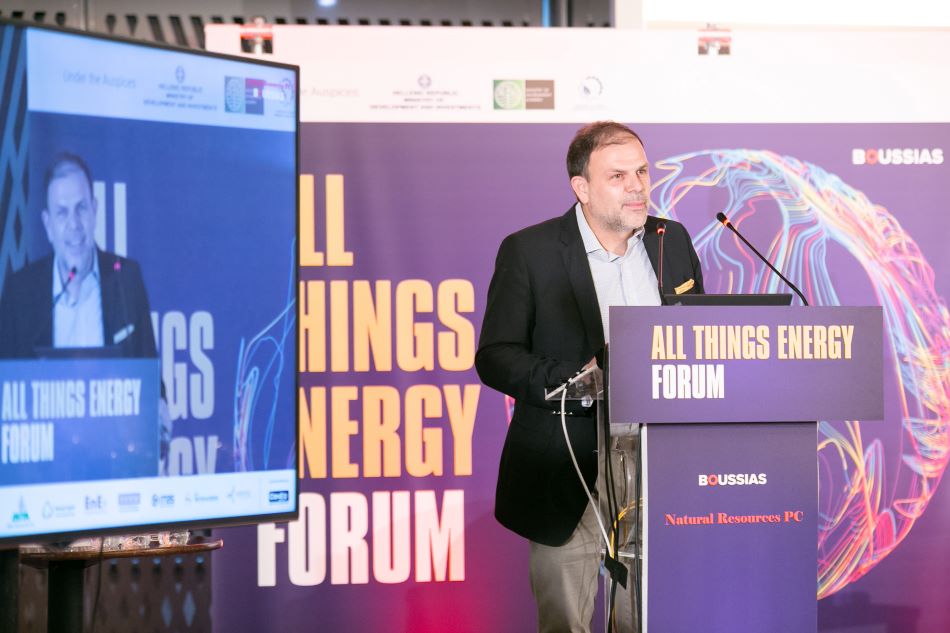